Our two year acting program offers more advanced acting classes la, having students implement all the skills they have learned in Acting Program I. Acting Program II offers actors a playground to take their work to a higher level in our theaters by working on classical and contemporary material sound stage. For example Shakespeare, George Bernard Shaw, Molière, and contemporary playwrights: John Patrick Shanley, Lynn Nottage, David Mamet, Tracy Letts. The Film Classes will have a focus on preparing the students to do screen tests and being on a Sound Stage or on location. Voice and Speech will offer a continued process on how to have a practical use of drills. In our fourth quarter students will be either on stage on a film set getting hands on experience. The students will get to work professionally and practically incorporate the Tool Box they have been taught and go from being a student of acting to being an Artist. Our students will acquire the knowledge of doing versus intellectualizing the concepts learned. Future generation of actors to acquire with their imagination and passion and to have the skill, clarity and confidence to be storytellers of tomorrow. 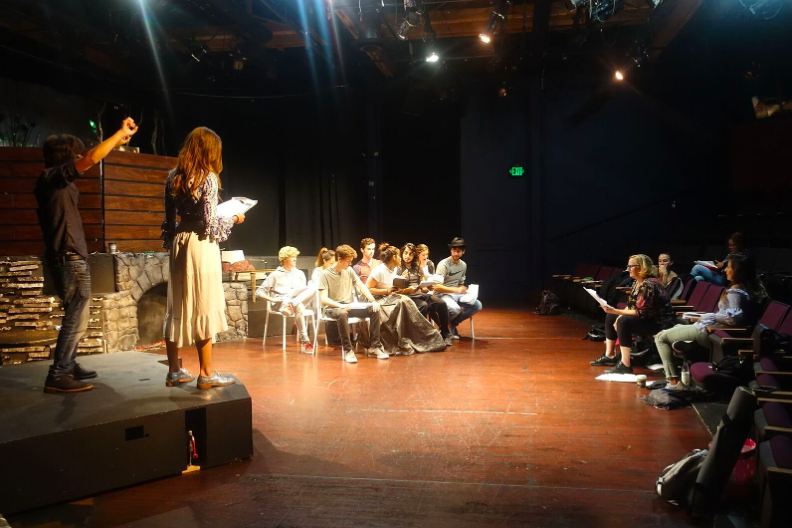