MICHELLE DANNER, Founder & CEO of the Los Angeles Acting Conservatory. Is a film and stage director, an author, and a world-renowned acting coach. She teaches the Golden Box Acting workshops in South America, Europe, Toronto, Vancouver, Dubai, New York, Sydney and Australia. Michelle trained extensively in Paris and New York with Stella Adler and Uta Hagen. She was the Managing Director of the Larry Moss Studio since it’s inception in Los Angeles for 20 years.

It was her father, who opened the very first William Morris Agency in Paris, France. It instilled a strong passion and work ethic that has stayed with her throughout her life.

Acting Coach Michelle has taught acting for the last 24 years

She is the Founding Director of Edgemar Center for the Arts 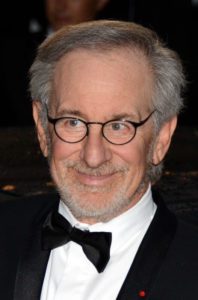 two theaters and the art gallery at the Center. Edgemar Center for the arts is nestled between a café, salon, retail shops, and a popular restaurant. The Building is the anchor of the Edgemar complex on Main Street in Santa Monica. Located a couple of blocks away from the beach is the Los Angeles Acting Conservatory (LAAC). It is housed in its own state-of-the-art building, which includes two theater spaces as well as an art gallery. There is plenty of free street parking on 4thStreet, two blocks from the studio.

At the opening ceremony, Steven Spielberg commented: “Here we have a venue that can turn out some extremely experienced, daring and resourceful artists.” She is currently serving as Artistic Director. And teaches ongoing classes at the Michelle Danner Studio, housed at the Edgemar Center for the Arts.

LEARN ACTING FOR FILM BY ACTING IN FILMS

If acting is your passion, attending our acting school will help put your dream into practice. Our performing arts school in Los Angeles trains actors to become professional working actors in theatre and film. An actor or model wanting to prepare for auditions should take on camera auditioning classes.