How to become a movie director |Prepare for a career as a director.

The film making process includes director course in topics like cinematography, editing, film history, and screenwriting.
LEARN FILMMAKING AT ONE OF THE BEST FILM SCHOOLS IN THE U.S.A.

Students will acquire in this filmmaking program the knowledge and the skills on how to become a movie director. Learning the history of American Cinema, studying the classics and thinking about the stories they need to tell. Our aspiring filmmakers will brainstorm with working professionals on how to formulate them.

One thing is to watch, analyse and learn and another is to do to become a movie director – very early on our students will know what it is like to shoot a short movie that they wrote from scratch. They will acquire the techniques to talk to actors and to get them to deliver powerful performances. The result is that they will learn all aspects of filmmaking in a hands on approach to shooting and will be confident pitching their ideas and understanding what really goes on set and behind the camera. 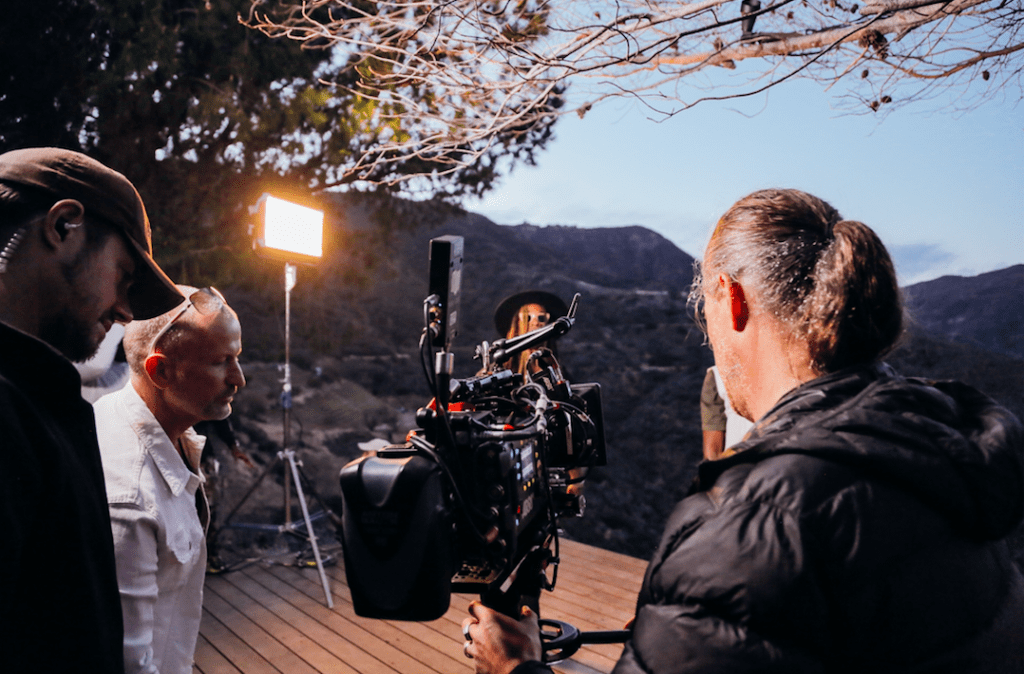 There are many performing arts colleges and other colleges in Los Angeles California but come and see why we are considered one of the top 10 acting schools Los Angeles.  Acting School: Acting Classes in LA -Learn Acting at one of the Best Acting Schools in California, Though each acting program boasts a distinct acting curriculum, Actors enrolling at a performing arts schools in Los Angeles can expect to take at least some if not all of the following acting courses in LA: Acting for Film, Acting for Film: Scripted TV, Movement, Improvisation, Business of Acting, Scene Study, Building a demo Reel, acting Technique and Scene Study, Singing for Actors, Voice and Speech, Stunt Workshop and accent reduction. We use acting techniques that other performing arts academy and acting collegesin Los Angeles lack. Call the acting school at 310.392.0815 and email us at losangelesactingconservatory@gmail.com

Is filmmaking and conveying stories through film your passion? Get ready to conquer Hollywood and make your dreams come true! Study in one of the best film and acting schools in California. We are considered one of the top film colleges in LA. Learn Filmmaking and how to create films in a class. Come study Filmmaking at the Los Angeles Acting Conservatory film school department. To sign up and receive more information about our filmmaking classes, please CONTACT the film school. Sign up and start your film making career in Hollywood. Email us to find the next intake for our filmmaking workshop in Los Angeles to Learn how to create films in a class, take a digital film workshop, attend digital film classes and learn  filmmaking.